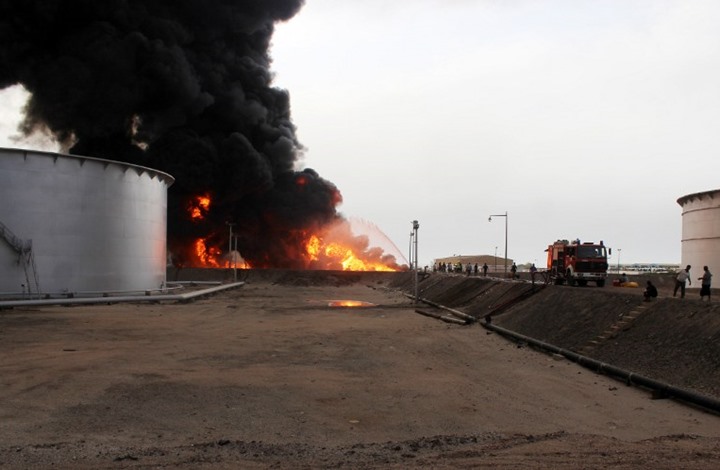 The oil pipeline in Shabwa province, southeast Yemen, was bombed in the early hours of Monday morning.

A local source said that unknown gunmen blew up the pipeline of kilo 108 in the area of ​”Mater” in “Alrawdha” district.

The source said that the process of pumping oil through the pipeline to the port of Alnshaima oil has stopped after the bombing, which occurred in the early hours of Monday.

The source added that the explosion was heard from far away, which occurred at Kilo 108 in the Directorate of Alrawda, within the control of the Shabwani elite forces, and is the second bombing in June.

According to a notice from the oil investment company, issued hours after the explosion, the “elite” forces stationed at the point of “Haban” prevent the arrival of the maintenance team to close the valve at the station (106).