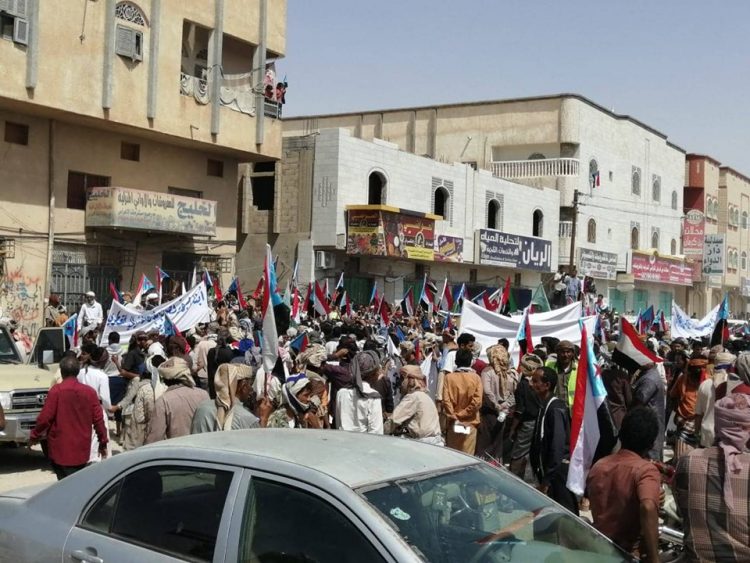 Dozens of supporters of the southern transitional council in the southeastern province of Shabwa organized a march to support the UAE-backed Shabanian forces in the town of Ataq on Monday morning.

The demonstrators raised the flags of the countries of the Arab alliance and the flag of the South and raised slogans supporting the forces of the Shabwani elite.
they also attacked the army and the reform party and the State of Qatar.

Organizers of the event called in a statement to remove the army units from the city and handing it over to the security forces in coordination with the elite forces, demanding the coalition to put an end to what they called the actions and practices of the third military region in order to weaken and disrupt the security situation in the province.

they also attacked in a statement the third military zone and demanded disengagement.

The march followed a security tension witnessed by the province after sudden deployment of the elite forces backed by the United Arab Emirates in the center of the city without coordination with the security committee, which increased tension, which led to the outbreak of clashes inside the city before a mediation committee can defuse the tension.