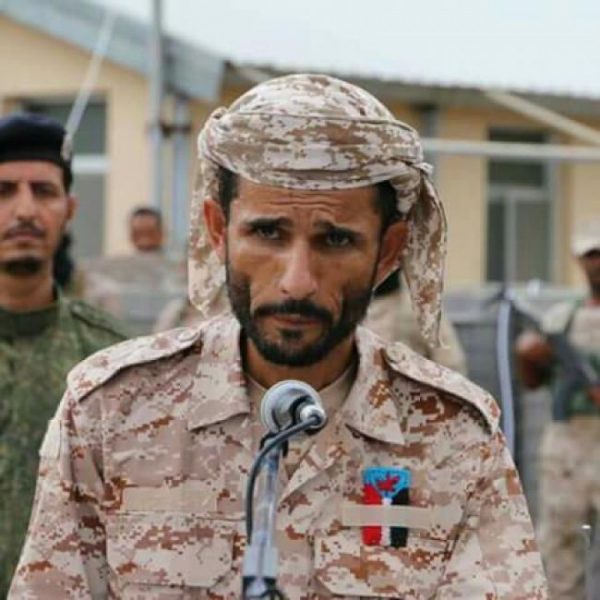 The commander of the support logistics forces, Brigadier General Mounir al-Yafe’e (Abu al-Yamamah), was killed along with four soldiers in an attack by the Houthis by a drone plane targeting a military parade during the graduation of troops from the security belt in the Directorate of Buriaqa west of the southern city of Aden.

The source said that leaders in the security belt supported by the UAE were injured in an attack by a plane carried by the Houthi group, but Brigadier Munir Yafi’i, nicknamed Abu al-Yamamah, one of Abu Dhabi’s most prominent allies in the southern cities killed in the attack.

The source said that four soldiers were killed in the attack, and others were injured in addition to one of the security leaders who was critically injured.

The attack came hours after two soldiers were killed and 20 wounded in a car bomb attack targeting the Sheikh Osman police station north of Aden.