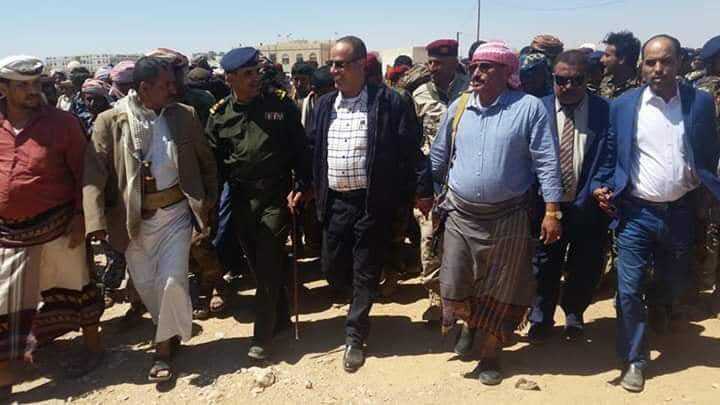 The two ministers were greeted by the leaders of the local and military authority in the province.

The visit comes days after the two ministers arrived in the city of Sayun in Hadramout, and follow up the progress of the completion of some government tasks in the valley of Hadramout.

The latest moves by al-Maysari and Jubwani came as the government and the so-called Transitional council reached a draft agreement on Thursday in the Saudi capital of Riyadh.