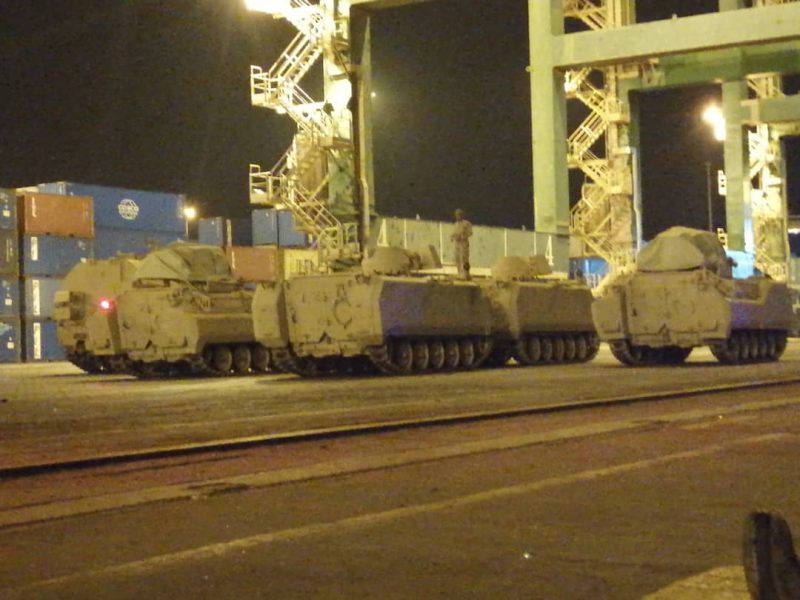 A Saudi military ship arrived at the port of Caltex in the interim capital of Aden on Tuesday.

According to local sources, the Saudi ship arrived with dozens of Saudi soldiers and officers in addition to armored vehicles and military equipment.

The sources said that these reinforcements went to the headquarters of the Arab coalition in the Bureqa district west of Aden.