UAE: our troops withdrew from Aden 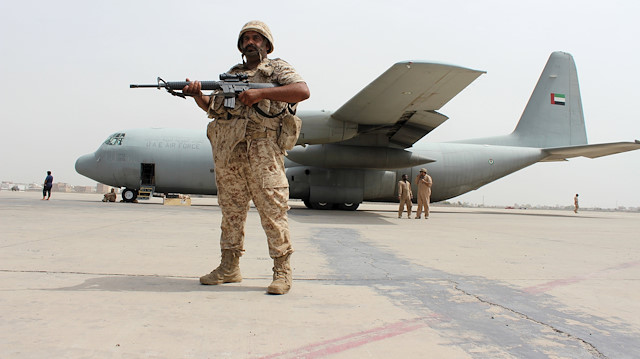 UAE joint force operating in Yemen’s Aden province has returned to the country after fulfilling its tasks of “liberating and securing Aden” and handing it over to Saudi and Yemeni forces, the UAE’s General Command announced on Wednesday.

The statement that was published in WAM news agency said that “The handover of Aden to Saudi and Yemeni forces was carried out responsibly and in accordance with a systematic military strategy, to ensure the preservation of military achievements, and the handover process ended with complete success,” the statement said.

The UAE General Command statement noted the role of its forces returning from Aden in liberating the city and surrounding areas “from the Houthi coup and preventing Iranian infiltration aimed at controlling the Yemeni state.”

The UAE statement claimed that the withdrawal and handover of the city to Saudi forces was based on “strategic plans adopted by the Arab Coalition Command to hand Aden over Aden to Saudi and Yemeni forces.”

On August, Yemeni government accused the UAE of executing and planning a military coup led by the Transitional Council in Aden.